Last week, it was announced in the Message centre (MC204830) that the Twitter connector for Teams had been retired as of 21/02/2020. This was a feature that I loved, and one that I had previously blogged about. Connectors still work for Yammer – and for many other apps and RSS but Twitter? Per the announcement, it now needs to be integrated via Power Automate. The good news? It can be done, the benefits are exactly the same as connectors – members of the Team no longer have to scour Twitter accounts to get the updates they need, and we also have the benefit of getting hands on with Power Automate. The bad news? It probably isn’t as simple as the Message centre makes out and some functionality is lost. Whether Power Automate will replace connectors as we move forward? I don’t know – but it certainly makes sense in terms of having all of your automation and flows sitting neatly beside one another

The following is required

1.) If Twitter has been previously set up as a connector, let’s get shot of this. Go to the Team and the channel the connector is in and select connectors 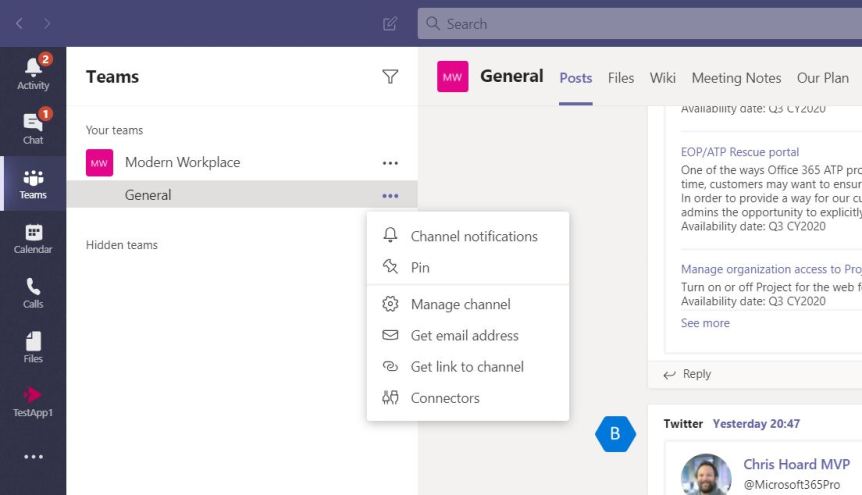 3.) Under the Twitter Connector, select x configured then Manage 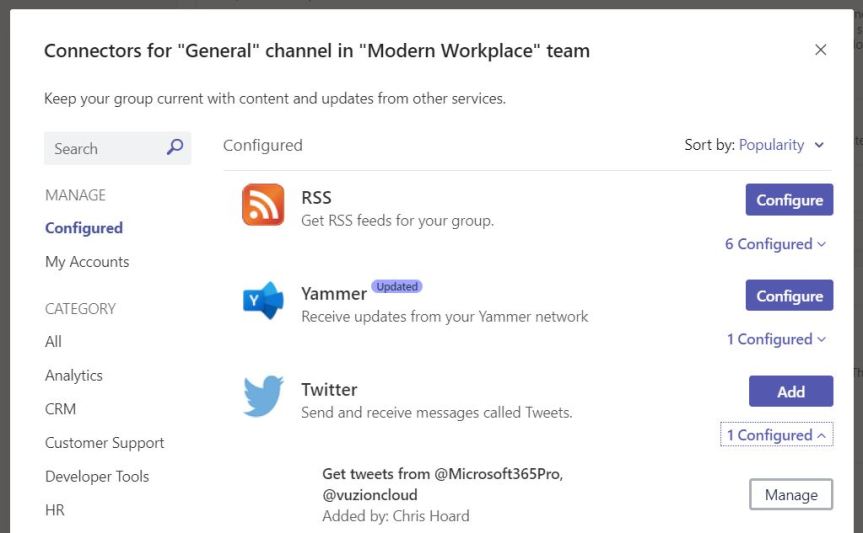 6.) The connector is gone. Confirmation is provided in the channel 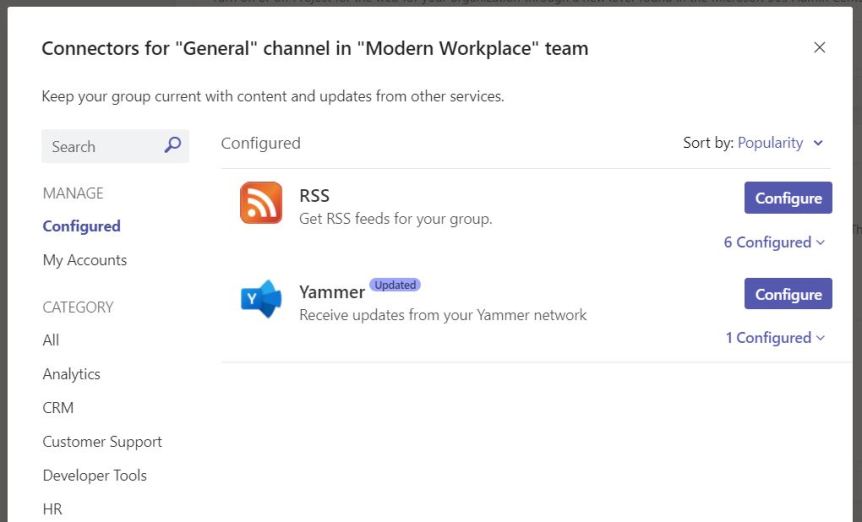 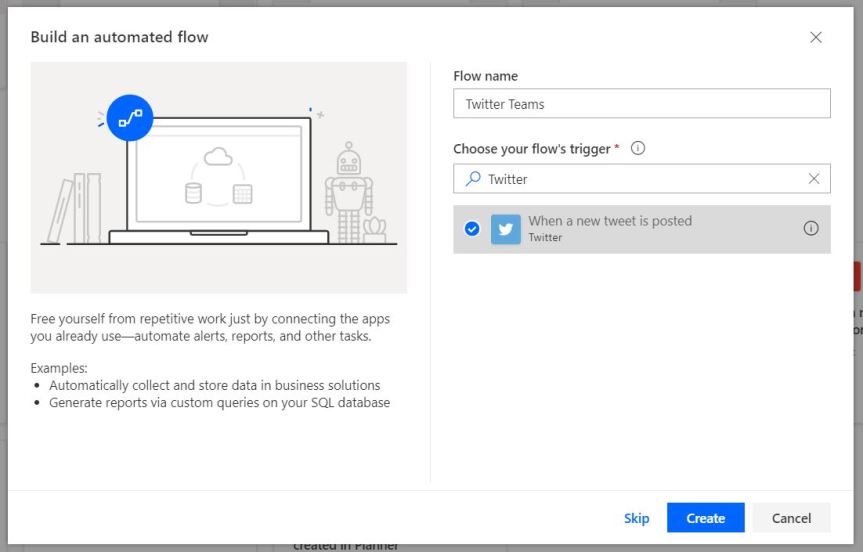 13.) Search and select the Teams action Post your own adaptive card as the Flow bot to a channel (preview) 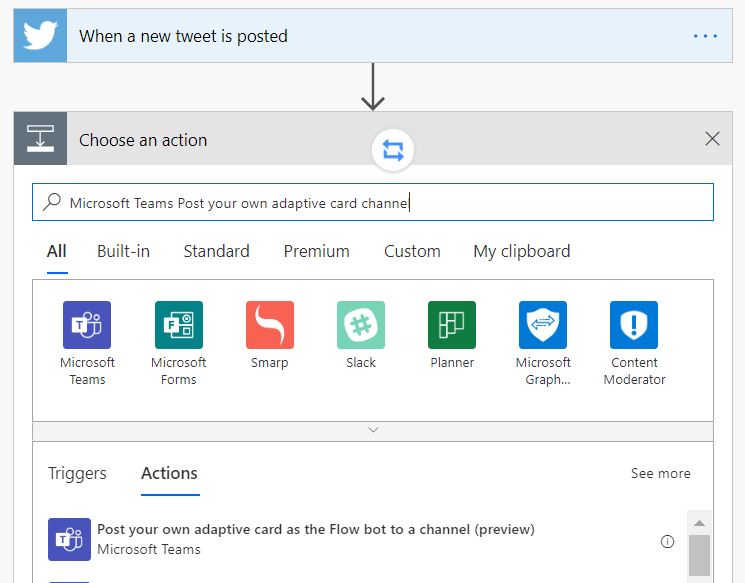 15.) The message is the part which some may find more complex. As opposed to a message, what the old connector did was previously send adaptive cards so we need to build an adaptive card to enter into the Message box. To do this, I would recommend using the adaptive card designer

Trying to get the look and feel as close as possible to the old connector, I ended up with the following code (which can be cut and pasted into the message box) 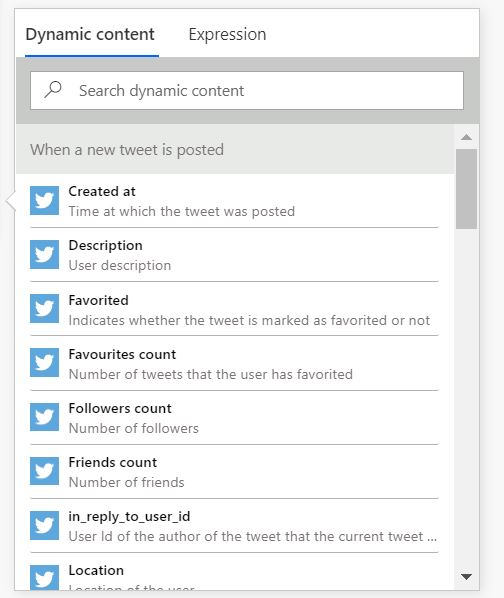 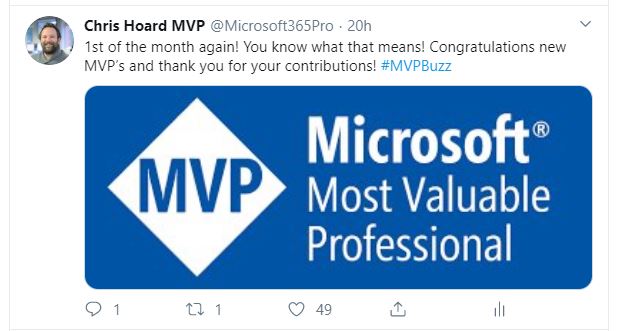 Our job here is done – but there are limitations

Overall, this works – and I have been using it the last 72 hours without issue. However, it is not exactly the same as the old Twitter connector. It’s therefore important to outline the benefits and limitations compared with the previous one.

Regarding the limitations, if any developer or Power Automate pro can build on this and enrich the functionality outlined here I would love to get in touch. However, it is clear that it’s not simply – as the Message centre outlined – a replacement and if it can be replaced to be exactly the same as the old connector then this isn’t ready to go via a template, and it’s not straightforward from a code perspective.

The benefits of this approach are