This could very well be the 100th blog that you have read on background effects in Microsoft Teams. I am very aware of that fact. When it dropped into general availability I was in the middle of writing 30 blogs in 30 days for the #fightcorona series. Immediately after I had to submit several sessions to several conferences – all of which I am happy to say I was accepted for. But it’s good to be back. After a year on this series I still feel as passionate about it as when I first started. And as always I want to give you a bit more to make it worth your time

So the ability to add an image to your background in a video call – what is now known collectively with background blur as background effects – was a feature many in the tech community wanted for a long time. Microsoft demoed it as far back as March 2019 and a lot of unhappiness and criticism built up throught the year around the delay of it’s release. Whilst background blur had always been a warmly received feature, users wanted the ability to personalise the meeting experience – and like the wallpaper on their desktops and mobiles show off their interests and passions and identities. Naturally, Zoom was often dropped on Uservoice and the Tech Community by those who were – let’s say – anxious to see the feature rolled out. Now, when Microsoft released background effects – they did so with only pre-populated images. Many in the community were kicking off on social until a workaround was found to add custom images via a specific folder in the user profile on a Windows or Mac. So all good right? I guess you could say it all depends on your perspective. I have seen many reports saying that custom backgrounds and the workaround have increased engagement and affinity for Teams. I have personally found this in my own organisation. Yet I have also seen others question why there have been no admin controls in place and fears of inappropriate images being used. I kind of feel for Microsoft at this point – it’s a kind of damned if they did and damned if they didn’t situation. Admin controls for background effects will come soon. Wants and needs will move onto animation in the background. Criticism will move onto the ability to see everybody in the meeting until most come to the realisation how much meeting quality will suffer – like Zoom. One things for sure: I’ll be interested to see how long users actually use custom background images once the novelty wears off and how long businesses actually tolerate them once admin controls come in. You know, you could have had customisation a long time ago using Snap Camera or OBS…

Recommended that the Teams desktop client is updated to the latest version. At the time of writing not available on Linux

JPEG and PNG images are supported for custom background images: these should be suitably sized and royalty free. Testing is advised. Avoid inappropriate, offensive or sensitive material

1.) On the join screen ensure the camera is swiped on

3.) Select a background image and then select Join Now 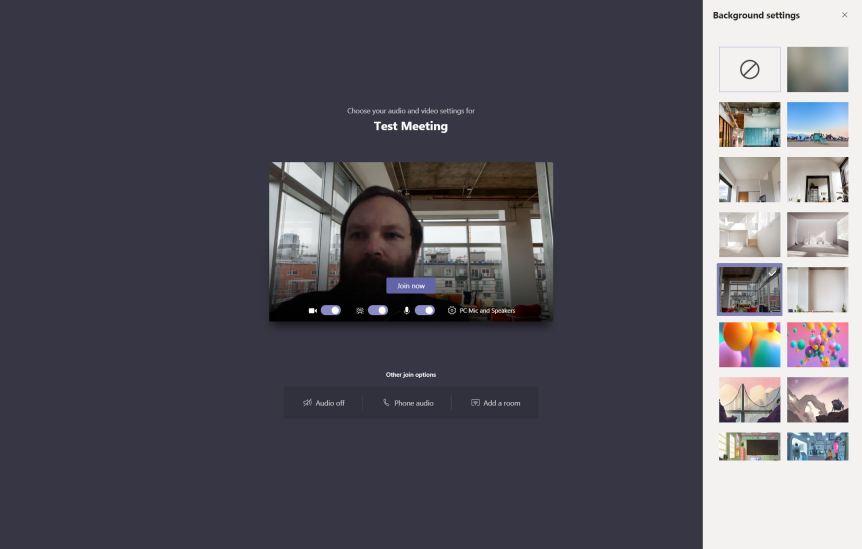 ADDING BACKGROUND EFFECTS IN A MEETING OR A CALL

1.) In the meeting or call we want to turn background effects on. Select More Options (…) from the meeting controls 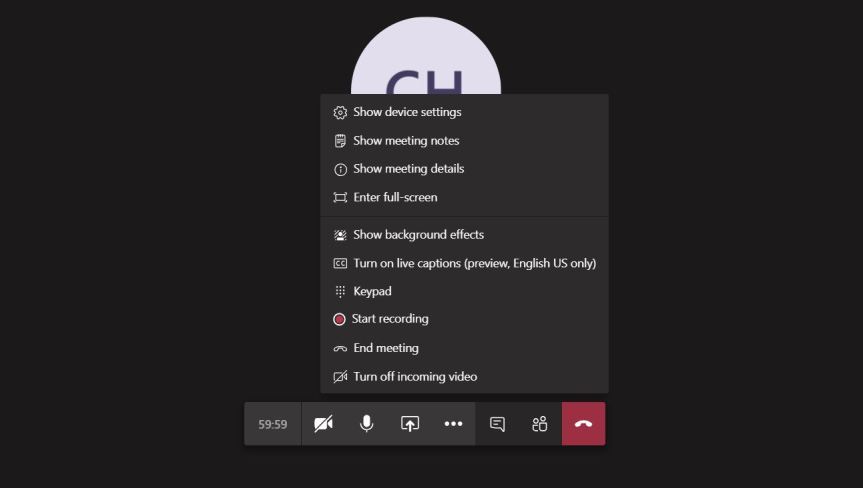 3.) Select the background effect from the background setting window. You can choose to preview the video by selecting Preview (note this blocks your video from other people in the meeting) or apply it immediately by apply and turn on video

CHANGING BACKGROUND EFFECTS IN A MEETING OR A CALL

3.) Select the background effect from the background setting window. You can choose to preview the video by selecting Preview (note this blocks your video from other people in the meeting) or apply it immediately by apply 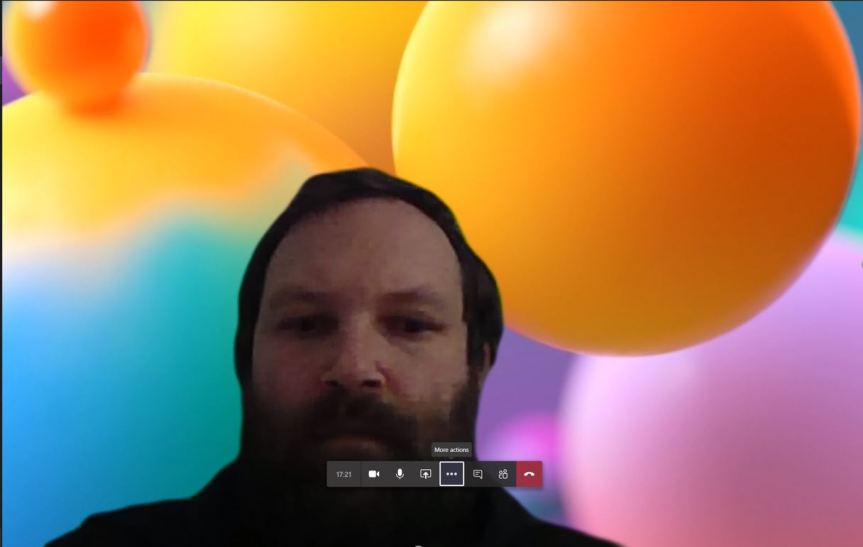 5.) Wheres selecting Preview removes the background effect and turns off the camera 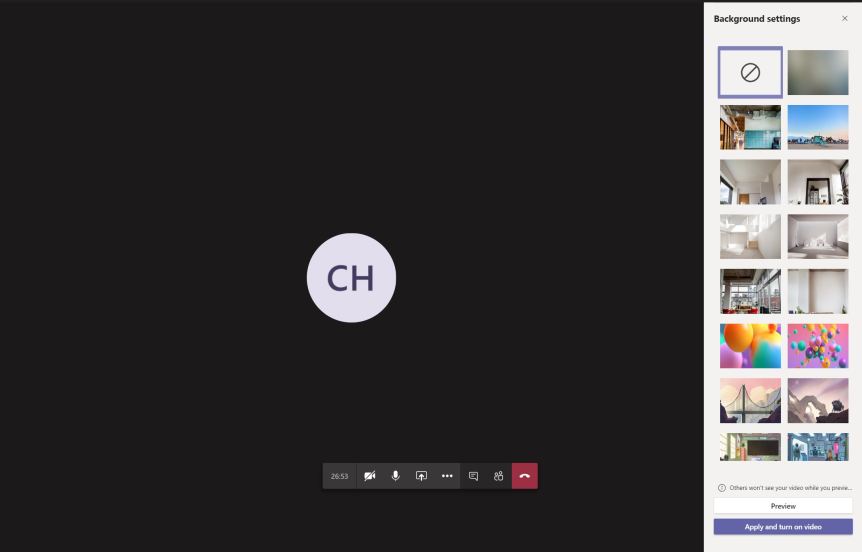 6.) Select X (Remove) on the background settings window to close it

WHERE HAS BACKGROUND BLUR GONE?

HOW CAN I ADD CUSTOM BACKGROUND IMAGES – WINDOWS

HOW CAN I ADD CUSTOM BACKGROUND IMAGES – MAC

The upload folder is

WHEN ARE ADMIN CONTROLS COMING IN?

WILL ANIMATED BACKGROUNDS COME IN THE FUTURE?

The call has already begun on Uservoice. Go and vote on them if you want to see it in Teams. Voting on these uservoices will notify you in the future if they get picked up

IS THERE ANY ALTERNATIVES TO BACKGROUND EFFECTS?

The second way – which covers animations – is OBS. OBS Studio and OBS virtual camera can run animations in the background. Another good friend Chris Webb recently did a session for this at our TeamsFest event which covers how this can be set up and how it can be put in play today

Our job here is done

Background effects are here and they will mature in the near future. It is a feature that looks good for engagement, and from reports gets buy in from users who will bring their personality and identity to the call or a meeting with a background of their choice. Whilst some will – and have – questioned whether it was right for Microsoft to add this feature without admin controls, I would say that ultimately because the upload folder is on the users machine the responsibility is on the user who ought to be intelligent and responsible enough not to put anything inappropriate or offensive on their background. How long the novelty of background images actually lasts remains to be seen – but for now let’s have fun with this because the risk is they are going to get real old real quick or the admin controls may be implemented next month